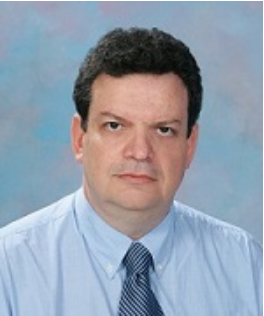 In 2014, Prof. Mitkas was elected as University Rector, a position equivalent to President, where he served until 2019. Aristotle University is the largest university in Greece, with some 70.000 students and a healthy funded research program. During his term in the office, his main goal was to strengthen the international programs and collaborations of Aristotle. In 2017-18, Prof. Mitkas served in the Presidency of the Greek Rectors Synod. In 2018-19, he served as President of the Balkan University Association and he is currently serving a two-year term (2018-20) as the President of the Black Sea University Network.

From 2001 to 2014, he collaborated with the Information Technologies Institute (ITI) at the Centre of Research and Technology Hellas (CERTH), and served as its Deputy Director for 7 years. He was a Member (2006-10) and President (2009-10) of the Provisional General Assembly of the then newly established Department of Computer Science and Biomedical Informatics of the University of Central Greece, in Lamia.

Prof. Mitkas has taught Databases, Software Engineering, and Data Mining courses at the undergraduate and graduate level. He has supervised 16 Ph.D. dissertations, 19 Master’s theses, and more than 135 Diploma Theses in Greece and in the US. His research interests include databases and knowledge bases, data mining and machine learning, software agents and intelligent systems, and bioinformatics. His work has been published in over 320 papers, book chapters, and conference publications. He is the co-author of a book on Agent Intelligence through Data Mining.

Prof. Mitkas has been the coordinator of numerous research projects in Greece and the US, several of which involved industrial partners. 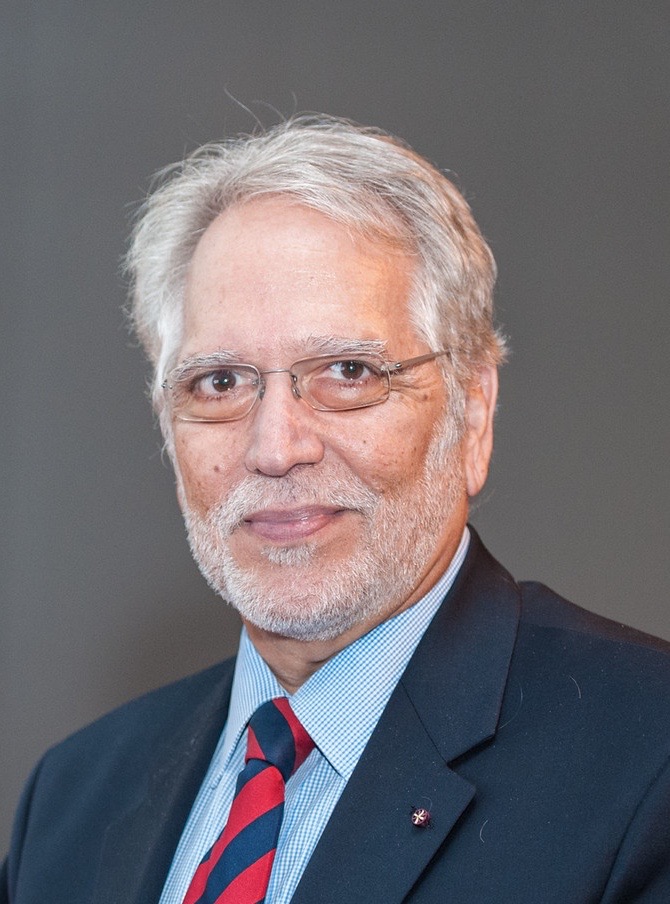 Professor George Chrousos was born in Patras, Greece, in 1951. He completed his MD studies at the National and Kapodistrian University of Athens (NKUA) as the valedictorian of his class in 1975. He obtained his Sciences Doctorate from NKUA, and did his residency in Medicine, NKUA, and Pediatrics, New York University, and his fellowship in Endocrinology, Metabolism and Diabetes at the National Institute of Child Health and Human Development (NICHD), National Institutes of Health (NIH), Bethesda, MD. He was Chief of the Pediatric and Reproductive Endocrinology Branch, NICHD, NIH, and subsequently Chairman, First Department of Pediatrics, NKUA, Athens, Greece, until 2018.  Currently, he is Professor Emeritus of Pediatrics and Endocrinology, Holder, UNESCO Chair on Adolescent Health Care, Director of the University Research Institute on Maternal and Child Health and Precision Medicine at the NKUA, and Senior Investigator at the Biomedical Research Foundation of the Academy of Athens. Professor Chrousos pioneered studies that elucidated the effects of stress on the organism at the behavioral, neuroendocrine, cellular and molecular levels and made fundamental contributions to the understanding, diagnosis and treatment of pituitary, adrenal and stress-related complex pathologies, i.e., major depression, obesity/metabolic syndrome, and autoimmune/inflammatory, reproductive and sleep disorders. He made seminal observations in the glucocorticoid signaling system of the cell and deciphered some of its key clinical implications. Professor Chrousos’s work has been cited over 150,000 times (H-index189) making him one of the top 100 cited authors (Google Scholar April 2020) and a highly cited physician-scientist (ISI) in both Clinical Medicine and Biology and Biochemistry. He has received numerous major awards, including the Fred Conrad Koch Award, the highest honor of the US Endocrine Society. He is a Doctor Honoris Causa of the Universities of Liege, Belgium, Universita Politechnica delle Marche, Ancona, Italy, and University of Patras, Greece, and an honorary professor of the Universities of Warwick, UK, St. Petersburg State Pediatric Medical University, Russia, Xi’an Medical University, China, and Democritean University of Thrace, Greece. He served as Board Member and President of the International Society of Neuroimmunomodulation, the European Society of Clinical Investigation and the European Society of Pediatric Endocrinology. He is an elected member of the American Society for Clinical Research, the Association of American Physicians, the European Academy of Sciences, Arts, and Letters Academia Europaea and the US National Academy of Medicine.

Angelos Chaniotis is since 2010 Professor of Ancient History and Classics at the Institute for Advanced Study in Princeton. He has been Professor of Ancient History at New York University (1994-98) and the University of Heidelberg (1998-2006), Vice Rector of the University of Heidelberg (2001-06), and Senior Research Fellow of All Souls College in Oxford (2006-10). He has taught as visiting professor at the International Hellenic University, in Paris, Australia, and China. His research, for which he has received funding from the European Research Council, the Packard Humanities Institute, the National Endowment for the Humanities, the Deutsche Forschungsgemeinschaft and other institutions, is dedicated to ancient inscriptions, historical memory, religion, theatricality in public life, emotion, and society in the Hellenistic world and the Roman East. His books include War in the Hellenistic World: A Social and Cultural History (2005), Theatricality and Public Life in the Hellenistic Age (2009), and Age of Conquests: The Greek World from Alexander to Hadrian (2018). He has been member of many boards, such as the Comitato Nazionale dei Garanti per la Ricercain Italy and the Research Board of the Astrian Academy of Sciences. He is corresponding member of the Academies of Athens, Heidelberg, and Finland and hold honorary degrees of the Hellenic International University, the University of Liège, the University of Thessaloniki, and the Ionian University. He has been honored inter alia with the Teaching Award of New York University (1997), the Research Award of the State of Baden-Württenberg (2000), the Research Award of the Humboldt Foundation (2014), the Greek State Award for Literature/Essay (2010), and was made Commander of the Order of Phoenix in Greece (2013). 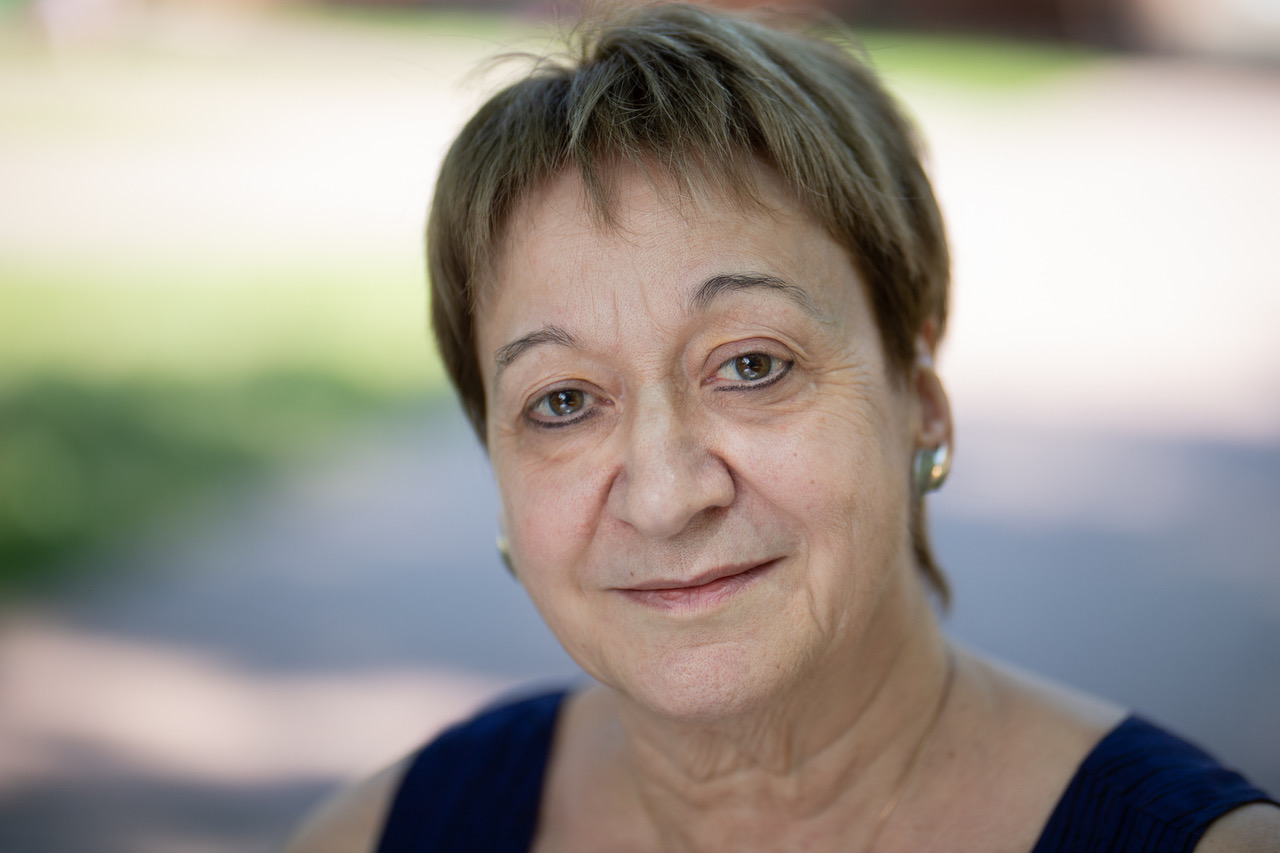 Dr. Kouveliotou is a Fellow of the American Physical Society, the American Association for the Advancement of Science, and the American Astronomical Society. She received the NASA Space Act Award (2005) and the NASA Exceptional Service Medal (2012) for her scientific discoveries. She is also the recipient of the 2003 Rossi Prize of the AAS and the 2012 Heineman Prize of the AAS and AIP, and, was part of the team who received the 2002 Descartes Prize from the European Union. Kouveliotou has two honorary PhDs (U. Sussex and U. Amsterdam), and is a regular member of 2 Academies (US National Academy of Sciences, American Academy of Arts and Sciences), a foreign member of the Royal Dutch Academy of Sciences, and a corresponding member of the Athens Academy, GR. In 2015, she was decorated by the Greek Government with the medal of Commander of the Order of the Honor, for excellence in science.
During her almost 40-yr career she has been the principal investigator of numerous research projects in the U.S. and in Europe, winning over $4.0M. She is a founding member of multiple scientific collaborations worldwide, such as a €1.7M Research Training Network in Europe and the (multi-national) GRACE collaboration on GRB optical follow-ups with the European Southern Observatory.  She has worked on numerous missions including ISEE-3, SMM, RXTE, CGRO, Chandra, Fermi, Swift and NuSTAR, and participated in multiple new mission proposals as a CoI and as the PI in one of them (Xenia). Dr. Kouveliotou has served as a referee in most astronomical Journals, as a panelist in many Task Allocation Committees, and in multiple Evaluation Boards, oversight committees, and Ph.D. committees in the USA and internationally; she has mentored many postdoctoral fellows and graduate students.
Dr. Kouveliotou is one of the 249 most-cited space science researchers worldwide (having occupied at times the 6th, 8th, and 10th place) with a current total of 41,638 citations and 389099 paper reads (ADS; for refereed and non-refereed publications). She has 457 refereed publications (of which 37 are in Nature and 8 in Science) with a Hirsh-index = 96 (ADS). She has co-edited 3 books; including one about “Gamma-Ray Bursts” (Cambridge University Press), which appeared in December 2012. In 2013 she was asked by the Astrophysics Subcommittee of the NASA Advisory Council/Science Committee to chair a task force on the strategic planning and roadmap of NASA’s Science Mission Directorate/ Astrophysics Division. Their report “Enduring Quests - Daring Visions (NASA Astrophysics in the Next Three Decades)” was completed in 8 months and can be found at: http://go.nasa.gov/1gGVkZY. This report is now used as the seed for the upcoming next Decadal Survey for Astrophysics. 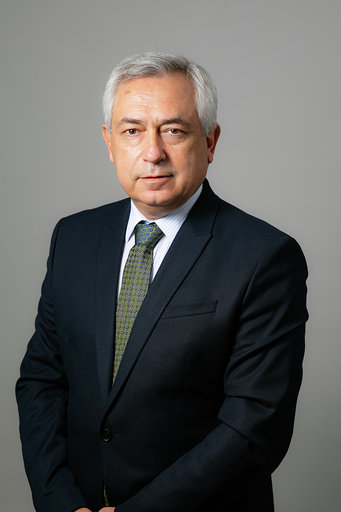 He holds a BSc in Mathematics (1980) from the University of Thessaloniki, an MSc in Operational Research (1981) and PhD in Simulation/Artificial Intelligence (1985) from the London School of Economics (LSE) where he taught as teaching assistant in operational research (1981-84) and lecturer in computing (1984-1990). He has also taught in various leading European Business Schools and was visiting Professor at LSE and Brunel University in the ‘90s. At AUEB he was elected associate professor in 1990 and professor in 1995. His research and teaching fields are electronic business, digital transformation, innovation and entrepreneurship, intelligent decision making.

At AUEB he is the founder and Director of ELTRUN, with 30+ researchers is one of the largest eBusiness Research Centers of all European Business Schools. He has collaborated successfully in various research projects with more than 100 leading Universities (such as MIT, Cambridge, LSE, INSEAD, EPFL etc) and well-known international organizations/enterprises. He was the scientific manager of more than 35 European R&D projects (in programmers such as Horizon 2020, FP7, FP6, IST, Esprit), more than 100 national R&D projects and supervisor of 18 PhD students.