The Hellenic Authority for Higher Education (HAHE) was established in 2020 as the successor to Greece's Quality Assurance and Accreditation Agency, which had operated since 2006. The Authority is an independent body with full administrative and operational autonomy and a legal supervision by the Minister of Education. It is governed by its President and Supreme Council. Quality assurance is managed by the Evaluation and Accreditation Council.

HAHE is a member of the European Association for Quality Assurance in Higher Education (ENQA).

The Hellenic Quality Assurance Agency (HQA) was established by Law 3374/2005 in 2005 as the guardian of quality assurance in higher education. The Agency officially began its operations in 2006 following the nomination of its members and its constitution as a body. In its original composition, the Plenary involved the President and twelve members.

During the first year of its operation, the HQA pushed forward and worked out the framework of quality assurance processes. The above framework was communicated to all institutions of higher education and their academic units with which the Agency created a culture of open communication aiming to guide them towards embracing the system of quality assurance. These actions made a major contribution to creating a quality culture in institutions of higher education, which led to the involvement of the first academic units in self-evaluation processes. So, the implementation of the project was initiated in 2008 with the external evaluation of the first five academic departments.

From 2008 to 2014, the Agency completed the internal and external evaluation of 397 academic units of Greek institutions of higher education, and coordinated the visits of over 1,580 foreign experts who work as faculty members in foreign institutions. In between, in 2011, significant institutional reform was introduced to the HQA with the enactment of Law 4009 by making changes to its governance and the structure of its services, as well as by modifying and expanding its responsibilities. In particular, following the introduction of the academic accreditation process, the HQA took on new duties, since it was assigned responsibility for organising and carrying out academic accreditation for study programmes and the institutions’ internal quality assurance system. To this end, the Agency was renamed Hellenic Quality Assurance & Accreditation Agency. In 2013, the HQA has issued two opinions on the ATHENA Plan.

In 2014, the HQA began the implementation of the new academic accreditation process, while in 2015, it completed the external evaluation of 36 higher education institutions. During the same year, the Agency prepared an opinion text on the formulation of a national strategy for higher education, as provided for in Law 4009/2011.

Furthermore, the HQA, a) has completed the compilation of the HQA’s Register of Experts, which today includes 4,000 Greek and foreign academics (professors, researchers, etc.) appointed to quality assurance committees (evaluation, accreditation etc. and b) has supported the procedures for the election and promotion of teaching and research staff members in institutions of higher education, in response to the demands of academic units for the selection of electors according to the regulations in Article 19 of Law 4009/2011, according to which the foreign members from among the electors are selected from the HQA’s Register of Independent Experts.

During the period 2016-17, the HQA proceeded in its internal reorganization, the development of directorates into organizational units and staff renewal. In 2017, the Agency put into operation the National Information System for Quality Assurance in Higher Education, collected and analyzed quantitative and qualitative data of higher education institutions and developed key performance indicators for higher education.

In 2018, the HQA began the process of academic accreditation of the Internal Quality Assurance Systems and study programmes of higher education institutions. 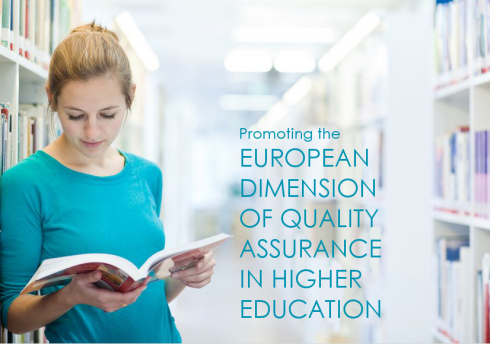